Skip Prom and Go Straight to the After Party

1) If you are in a situation where you must decide on the prom tickets and the after prom party tickets, it may be better to attend the after prom party. This is because most of your friends will turn up at the after party anyway and it is destined to be more fun than prom. There will be no crowning of the prom king and queen. There will be no extreme censorship on the music being played. You can have pure uninhibited fun like anyone else at the club.

2) Prom is monitored by school administrators. It is a school prom after all, so chaperones are expected. Some chaperones even dictate the distance between dancers. Everything is planned for prom and it must go on as such. You have to pause for the crowning of prom king and queen, listen to music that was vetted by the school to be of a particular standard and drink punch. Prom is over when it’s over. There is no “dance until you are worn out” ideology. This is good because you can move on to the real party of the evening, the after prom! A lot of people attend the prom and find themselves trying to survive until everyone starts to leave for the after party. Why go through all of that, when you can just skip the prom and go to the after party. Save yourself the wait and go directly to the nightclub or venue when the late night party is taking place.

3) The after party location, depending on where you select, can be extremely elegant and high-end. You may choose to attend the after party at a nightclub, or opt for an after prom cruise instead. Either is designed to produce the ultimate nightlife experience. The possibility of fun is nearly limitless at an after prom party. You are able to party in a comfortable environment. You are able to relax; as there are no prying eyes and you are able to have fun with your friends. Why not skip the prom and do what you really want to do? What you want to do is be an adult for the night, the difference is that your decision-making skills will center on who to dance with and how to end one of the most memorable nights of your life.

All of the prom gossip, rumors, fashion trends, after party options, and more can be found, right here, at the Prom Nightlife Blog. We love discussing all things related to prom night. Read about many years of failures, successes, and discussions all leading up to one thing – making your prom night experience better! Have something you’d like us to blog about? Contact us anytime and let us know what’s on your mind. 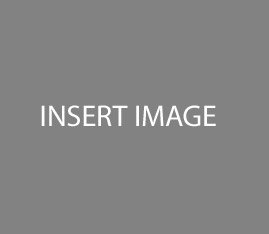